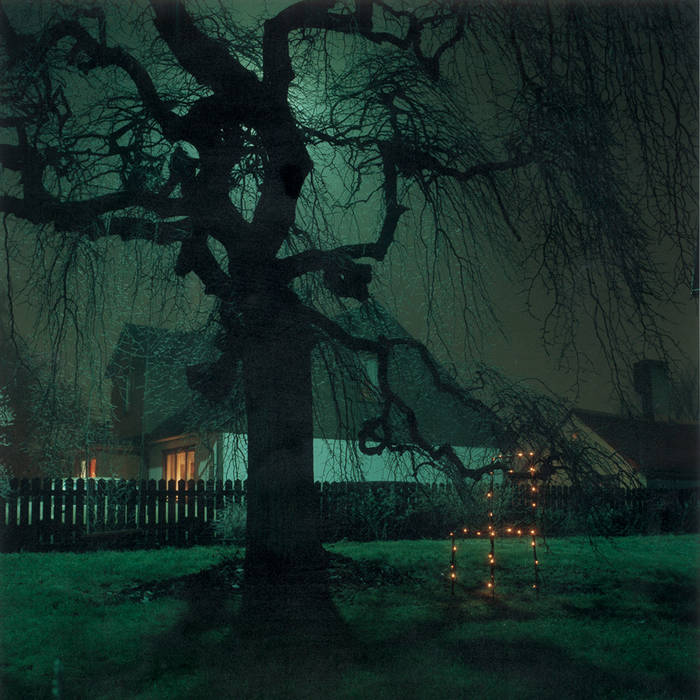 All compositions and arrangements by Jerry Johansson. Recorded in performance at the Röhsska museet, Göteborg, Sweden, on November 13, 2010. Mastered by Jerry Johansson. Cover photography and design by Dan Fröberg. Release date: June 13, 2012.
A new record by Jerry Johansson is always to be considered an event and a treat. This time makes no exception! House of Hope. A suite composed by Jerry, and recorded in concert at Röhsska museet in Göteborg, 2010. Jerry plays his beloved Gibson in a masterly way, in tight interaction with his quartet. Different and varied themes wanders around in the dark and shadowy rooms in the very heart of chamber jazz. The mysteries of the West Coast Jazz are embroidered together, both emotionally and historically, between Göteborg and the American West Coast in a most natural way, in where the personal and imprint both runs and feels totally at home, spinning a red thread of dreams. It is also not to be considered as a coincidence that the so called psychedelic revolution had its origins and roots in the Californian 1960´s cultural heritage. Traces of this revolution keeps on revolving in Jerry´s compositions as well. Larry Coryell, Gabor Szabo, Jerry Garcia, Jerry Hahn; fragmentary remembrances of sounds from previous originator flashes by in our collective memories at the speed of lightning; but Jerry Johansson has both his feet firmly planted on the lawn and safely and firmly pushes the jazz frontiers still forward. The history of jazz meets newly composed jazz history. After having explored Indian-Swedish themes and mental states with his sitar together with a chamber ensemble from the Gothenburg Symphony Orchestra in the works (and records): "Sitar and String Quartet No. 1 and 2", "Next Door Conversation" and "Book of Dreams"; Jerry once again took some steps closer to his other musical love, jazz music, and released his jazz album "Circles and Changes" for jazz octet, 2008, followed by the performance of "Contructions" by the Jerry Johansson Trio the year after. For this particular record release, Jerry once again trades his sitar in favour of his Gibson. As we all know, it takes classic instruments to make classic music.

The Jerry Johansson Quartet: electric guitar, bass, vibraphone and drums; a magic combination. East, west, jazz, contemporary music, drones, improvisation, Swedish folklore, birds. fishes, birches, beaches and sand; it´s all here! Various themes from the very soul and heart of chamber jazz rotates around their own orbits; entwines together, changes shapes and forms, continues...
But, this must also be said, House of Hope is in every sense a totally contemporary piece for jazz quartet; created today FOR today and tomorrow and for all times to come.
Jerry Johansson wholly understands the knowledge of by allowing yourself the freedom to create new works, you both can and MUST be aware of the past and treat your musical heritage with respect and love; this is, after all, the collective musical memories of one and all! House of Hope incorporates all this and much more. This is music for mind, body and soul!

Semiratruth joins the show to discuss their latest release, "loading..".